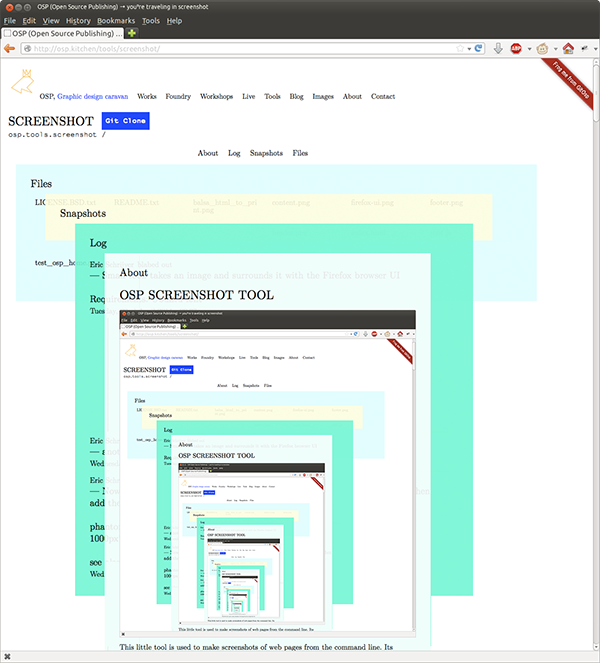 This little tool is used to make screenshots of web pages from the command line. Its specificity, is that it adds a browser window around the screenshot in the right proportions, showing the site’s title and address just like in a regular browser.

Of course one can create such a screenshot directly with the OS’ built-in screenshot function, but in many cases it is more interesting to have a larger sized or portrait oriented screenshot.

In the future it should also be possible to make a PDF version, as the underlying phantomjs software is already able to do so.

The current version of PhantomJS (1.9) has problems with rendering webfonts. The new version 2.0 based on a new version of Webkit will probably solve these.

The script is based on Phantom.js’ example script ‘rasterize.js’ and is distributed under the same license (BSD)

— Small tool: takes an image and surrounds it with the Firefox browser UI

— Now it goes all the way! Use phantoms to automatically create screenshot, then add the browser window around it

— Allow to use local file instead of web address